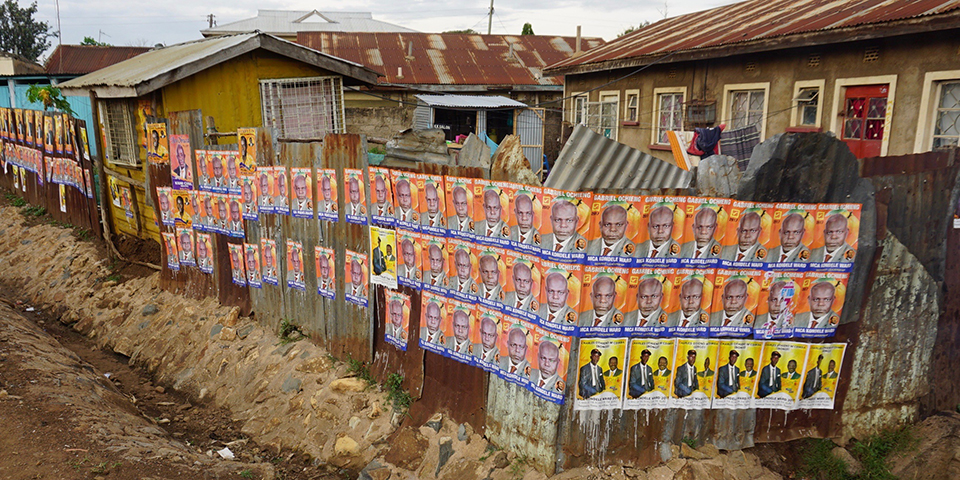 Political organization, power and domination have always been major themes in anthropology. While the focus has for a long time been on “political systems” as functional entities in small-scale societies, current anthropology puts more emphasis on conflicts, change and transformation in larger political units and in a globalised world. We see politics as the process in which societies negotiate their own aims and the means to reach them, and political organization as the relations of power that shape the process and influence the outcome of this negotiation. The study of political transformations thus looks at the crucial link between processes of (often global) social change and the individual lives of different people. In studying political transformations, institutions are crucial, but they cannot be accurately analyzed without recurring to the individual actions that shape and transform them. The state, groups in civil society, traditional authorities or a village meeting as political institutions only become tangible and effective through the agency of people who orient their actions towards them. Political transformation, i.e. the reproduction and change of political institutions by social actors, is thus intrinsically at the centre of political anthropology. In today’s world, the global reach of political institutions, political decisions and political orientations makes this all the more true.  The Research Group on Political Transformations at the Seminar of Social Anthropology Basel focuses on contemporary political changes in Sub-Saharan Africa and in Oceania. In our theoretical approach, we try to combine analyses of agency on the micro level of local town or village politics with a focus on the institutionalization of civil society and state institutions. We see these levels as necessarily connected, an approach that results both in a plural methodology and a thematic concentration on three interlinked strands of enquiry:

The state has become the major form of large-scale political organization all over the world, but state power means very different things in different countries. “Weak” or “failed” states are perceived as a major threat to civil security, world peace and individual life quality. This categorization along the lines of Western statehood, however, fails to take into account the real workings of state institutions in African or Oceanic countries. On a closer look, many dif-ferent realities emerge behind formal state institutions. Without understanding the lived reali-ties of statehood, no policy intervention involving the state will be successful.

Old and new actors outside the state are becoming increasingly important for political life on all levels. Civil society institutions, NGOs, economic corporations, but also “traditional” hunters organisations, incorporated ethnic groups or new churches play an important role as complements, antagonists or substitutes of the state. In Western political theory, civil society and the state strengthen each other in a system of checks and balances. Is this concept useful to describe political reality in African or Oceanic states, at all? What other analytical tools can be found to describe the relation between state and society? How are new actors transforming the state’s institutions? What consequences does this have for a society’s ability to negotiate its own future?

Trust and Social Reconfiguration after Conflict

Trust is one of the major factors for successful social cooperation. No society can exist without some level of generalised trust; high levels of trust make social life more efficient and less stressful. When a society experiences a period of violent crisis, trust does not simply fade, but it transforms: people put less trust in the generalised other and more in specific persons. Spheres of trust transform into lines of trust. How can social trust be regained after a violent crisis? What ways lead from personal to more general social trust?
In all three strands of enquiry, we try to combine an ethnographic interest in the micro level of everyday interactions with a broader perspective on macro level institutional and social change.