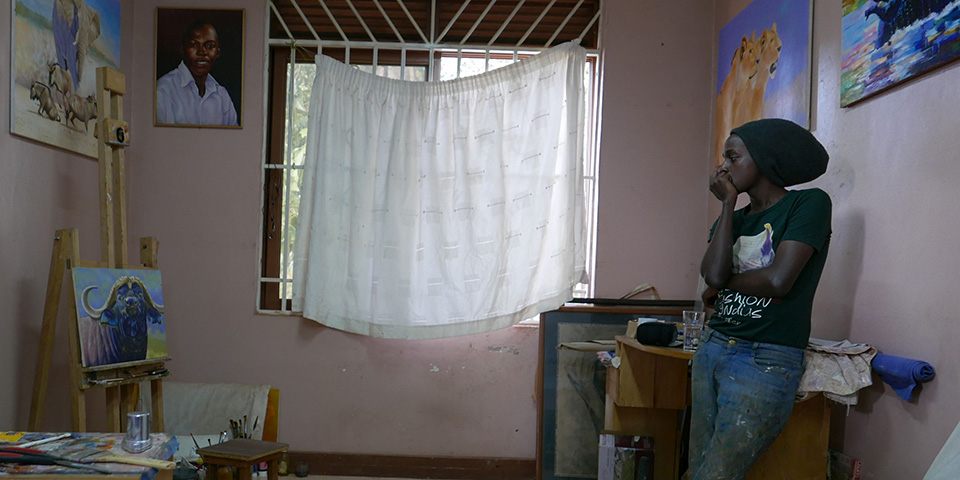 Visual Culture in a wide sense is everything that is seen, that is produced to be seen and the way how it is seen. Visual Culture is also a growing interdisciplinary field of study that emerged out of the interaction of anthropology, art history, media studies and many other disciplines that focus on visual objects or the way pictures and images are created and used within society. Accordingly, there is an ongoing debate on what Visual Culture is and how it should be analyzed. Visual Culture may cover everything from landscapes and artifacts, fine and per-forming arts, the build environment, to old and new media. It is that part of culture that communicates through visual means. A basic assumption that is shared by most scholars of Visual Culture is that this visual part of culture has to be understood in its own right: Visual communication operates on another phenomenological basis than verbal communication and stimulates other modes of understanding. Scholars thus draw on a wide variety of methodologies ranging from the arts and humanities to the social and natural sciences. While scholars that come from art history often take the object as their point of departure, anthropologists more often start from the practices of production and appropriation. Visual Culture as an interdisciplinary field of inquiry is at the centre where these complementary perspectives merge.

The Research Group on Visual Culture at the Seminar of Social Anthropology Basel understands its object in this wide sense but focuses on a limited number of aspects. However, our research does not privilege one or the other sphere of culture and society. We study the visual in an unbounded fashion, including fine arts as well as so called popular arts. We adopt an approach that moves beyond the dichotomy of object versus practice, combining various methodological approaches. Three strands of enquiry that all crosscut the established disciplines are central to the Research Group on Visual Culture:

By addressing Visual Culture as a process in which individual as well as social actors engage, we want to overcome the one-sided studies of individual creativity and societal agency. We are convinced that the interplay of actors engaging in the production, deployment and reception of the visual will offer an insight into how Visual Culture emerges in society.

By analysing how actors look at pictures and how this affects and transforms the mental im-ages that they generate as individuals or as a group, we hope to gain a better understanding of how Visual Culture informs societal practice. We thus try to develop an understanding of knowledge that is not based on the Western privileging of language and text.

By looking at how specific subjects and issues move from one media to the other, and how media generate new subjects and modes of representation, we address the significance of visual objects and media in their inherent properties. We thus try to understand how objects and media transform the modes of seeing and how they are transformed by such cultural practices.

Individual research projects often focus on one of these transversal themes, but they always try to take advantage of the three perspectives.